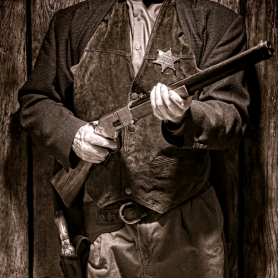 The first set of rules for western lawmen was put in writing in 1882, by David Cook, in his book Hands Up! or Twenty Years of Detective Life in the Mountains and on the Plains. These were:

Although some of the rules may seem harsh, they reflected the era accurately.

Those upholding the law were poorly paid, often receiving only a percentage of what was collected in fines and bounties. This forced many of them to find other sources of income, normally accepting payoffs for ignoring criminal activity. The posts were often abandoned quickly, with very few lawmen spending more than a short period in one position. 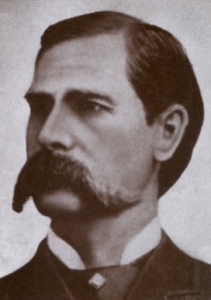 US Marshals and sheriffs were allowed to appoint deputies, constables, rangers or peace officers to assist with keeping their jurisdiction in check. They could also form groups of vigilantes to track down a felon. Federal authority was necessary, by a US Marshal, for posses that needed to go outside the sheriff’s limits. One of the most well-known, and controversial, posses ever formed was done by Wyatt Earp in 1882.

Earp, then a US Deputy Marshal, deputised a group of at least 8 men, after his brother Virgil was shot. The chase became known as ‘The Earp Vendetta Ride,’ and followed a path through Arizona leading to Colorado. The posse included several lawmen, but seemed to be out for personal vengeance, instead of upholding the law.  Concise County Sheriff, John Behan, attempted to catch them with his own posse of 25 men, but was unable to. He then requested that the posse be arrested, and tried for murder, but was again denied. This is one of the incidents, taking place during the Old West, that illustrates the fine line between lawman and outlaw.