The American Civil War was fought within the United States of America, between the North and the South. The states fought for many reasons, one of the most notable factors was slavery which was the main cause of profit generation for the South as slaves were their main labor force, while as the North had diversified their economy and was able to find other sources of investment, they were against slavery. The civil war may have lasted for only four years but the impact it had continued on for generations within the country. It resulted in causing a ripple effect within the country and most of America’s deep-rooted history and culture comes through the civil war.

One of the biggest impacts that the civil war had was the biggest loss of life the United States had ever seen. In the 4 years that passed by, countless people lost their lives because of the war. People were homeless, they had nothing to eat, their lands and properties were taken from them and they lived in constant fear. Because of the lack of food, they began to eat things such as potato peel pies which were not nutritious and tasted disgusting. The estimated amount of deaths within the country is between 600,000 and 800,000 people. It is said that the American civil war killed more people than in the Second World War. The main reason for the increased amount of deaths was because of hospital conditions. The hospitals were overcrowded and filthy. There was no care for hygiene and people were left out in the open with flies sitting on the wounds. People with even the smallest of injuries passed away as there was no care for them.

Due to the impact the civil war had on the hospitals and other medical facilities, and due to the lives lost, today in modern America, there are proper ambulances and hospitals. Moreover, due to the service that doctors provided within the 4 years spent fighting, it made them train better than they ever could have and they began to do great things in medicine. As the rush of picking up soldiers in 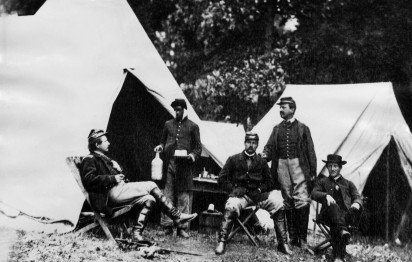 ambulances during the war was too much, an ambulance corps was made to help the soldiers and those wounded. Prior to the civil war, people received medical care at home and the concept of hospitals did not generally exist.

With the banishment of slavery, people were bound to invest in things other than agriculture. This led to investment in other parts of the economy, which made America the land of opportunity. This was not only for the locals but also for the foreigners. Within the world, America became famous for the opportunities it provided and people began to leave their home countries for America.